More Thoughts on Kale (and Why It Will Probably Kill You!)

Building off last week’s excellent guest post (Kale Is NOT A Power Food!), this week we saw kale being trashed on the internet as “not-so-healthy-after-all!”

What is it about this food that draws such ire, such disdain?

McDonald’s ran an ad-campaign maligning the super food and telling kale-aficionados to dine elsewhere, then quite ironically added kale to the menu a few months later.

There are ads on tv featuring a grill master with an apron that says “I hate kale.” 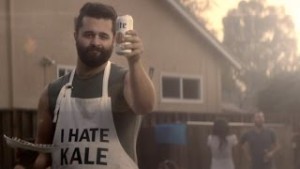 Kale has, for better or worse, become the poster-child for the healthy eating movement. It is the apparent baseline for all other foods.

Last week, news broke about a new type of seaweed that “tastes exactly like bacon and is twice as healthy as kale!”

What does that mean? Am I basically eating garbage now if I think my steamed kale is healthy? Should I be switching to a 100% bacon-seaweed diet???

But I am here to talk about the most interesting kale-related news of last week — the supposed reports that kale was making Northern Californians sick from heavy metal poisoning and eating too much of the stuff.

This story is reeks of satire. Just the image of a bunch of yuppie NorCal liberal elites getting sick from eating too much kale — this headline could easily have been from The Onion.

But no, it was a real news story.

People are chomping at the bit to takedown this pretentious leaf. The wagons are circling. “Your days are numbered, curly!” 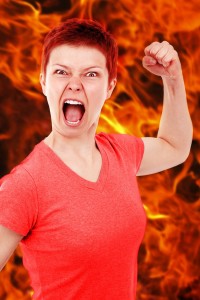 The kale is making us sick. Never mind the thousands of novel food additives added to the food supply every year that are considered GRAS — Generally Recognized as Safe — a label that the food manufacturers themselves get to determine!

Never mind the tons upon tons of petroleum based chemical pesticides sprayed on American fields each year.

No, we’re ok with all of that.

So what if the McDonald’s bun has dough conditioners we can’t pronounce nor know the safety of, the fry oil has anti-foaming agents, the burger has meat from 1,000+ cows raised on factory farms, cows that are the number one cause of global warming, or the soda has toxic doses of sugar.

Nah, it’s the kale we should worry about.

So let’s look at the claim a little closer.

The claim comes from Craftmanship Magazine — not exactly known for their rigor in nutritional research. In fact, the claim doesn’t come from research at all, except one 2006 study from the Czech Republic showing that all cruciferous vegetables (broccoli, cauliflower, kale, etc) are allegedly “hyperaccumulators” of the heavy metal thallium.

No, the claim is entirely anecdotal, with one doctor noticing that several of his patients showing abnormal symptoms were also eating a lot of kale and testing for higher levels of thallium.

No mention of other possible sources of thallium in the diet or elsewhere; no proof that elevated thallium was even the cause of the abnormal symptoms. Just an observation by one doctor, of the fact that some people who were feeling sick also happened to eat kale. That’s it.

This isn’t to say that he is wrong. Surely it could be the kale. It just simply means he isn’t definitively right, either. And it definitely doesn’t mean you should stop eating kale because of it!

The reality is, our soils are contaminated, and some heavy metals — from thallium to arsenic — make it into the foods we eat. You can thank the industrial revolution for that, and specifically industrialized agriculture, dependent on artificial pesticides and fertilizers.

There is some risk involved in eating any food grown in modern America, organic or not, kale or KFC.

What is clear is that eating fruits and vegetables has a good track record of promoting health. Even the answer to the debate of organic vs. conventional is … “yes!” While organic produce is undoubtedly the healthier choice (for both body and environment), research shows that the benefit of eating an extra serving of conventional fruits or vegetables far outweighs the added risk from the pesticide exposure.

But here’s the beauty of it all. The pitchforks can come for kale if they want to. The health movement will survive it. As we learned last week, health is never about one food, and an “all-kale” diet would be decidedly unhealthy. Health is based on variety, the stability built on a diversity of health promoting plant foods.

So come, take our kale — we’ll be just fine.

Five Out of Five Nutritionists Agree! “Why Eating Butter In Your Coffee Makes You Feel Great”