Plantiful Health was founded by Devin Ellsworth.  Our mission is to empower individuals and communities to improve their health by embracing a plant-based diet, increasing the calories coming from whole plant foods and decreasing calories from animal and processed foods.

Devin holds a Master’s of Science degree in Health Promotion Management with a concentration in Nutrition Education from American University in Washington, D.C.

On a hot summer evening in August, I sat in a friend’s basement, discussing the issues we faced as a society and how best to address them.

Like many of our talks, our discussion centered on global warming, and how to reduce our personal carbon impact.  One of us casually said, “I know I should be vegetarian for environmental reasons, but it’s just so hard, I can’t imagine giving up meat…” What at the time seemed like a comment made in passing would ultimately start me on the path to improving my own diet and dedicating my life to helping others do the same.

Being two college-aged males, Midwestern born and raised, we believed that a meal was not a meal without meat.

However, we decided to try vegetarianism as an experiment just to see if we could do it.  We figured we’d learn more from giving it a 30-day trial period than we’d ever learn just from talking about doing it, and so we committed to a trial in vegetarianism leading up to Thanksgiving.  During the month trial we blogged about the transition, sharing our experience with others.

While the experiment was much easier than I’d ever expected, I ate turkey on the holiday and dabbled with meat again for another six months, until a second (surprisingly easy) trial with a second friend lead me to dive in and commit.

Years later, I’d watch a documentary called “Forks Over Knives,” and learn more about the environmental, health, and animal rights destruction that was the result of the raising animals for human consumption.  I found the Plant-Based movement, and shifted from a vegetarian diet still heavy on dairy and eggs, to a vegan diet comprised entirely of whole plant foods.

Within a few months, without trying, I dropped 20 pounds.  They just melted away.

Yeah, I know that sounds unbelievable, but it’s true.  I ate as much as I wanted, didn’t count a single calorie, and dropped 20 pounds.  This was how my body was designed to eat!

I knew food and environmental issues were my passion, and I knew I had to dedicate my life to spreading this lifestyle to as many people as I could.  With this in mind, I obtained a Master’s of Science in Health Promotion Management and a concentration in Nutrition Education at American University, graduating with distinction.

Now I am here to help.  I have made the change in my life, and have helped many others transition to a plant-based diet.  I know what it takes, and I have the tools to help you get there.  I hope you enjoy this Plantiful community, and I look forward to helping the world transition to a more sustainable diet with the resources found here.

Alex & Tabitha Kickstart Their Health With A Vegan January 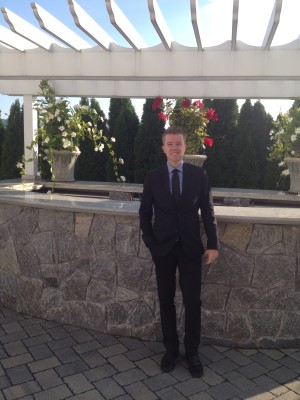 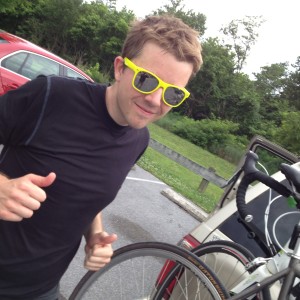 Get in touch today to learn more about personalized Plantiful Health Coaching plans!