Last week you may have seen a news story about the USDA plan to drop the recommendation that we limit our intake of cholesterol.

For many it was a big head scratcher, since this recommendation has been in place since at least 1961.

To me this is kind of a moot point.

What won’t be dropped is the recommendation to limit our consumption of saturated fat to as low as 5-6% of our daily calories. This is because the evidence is very clear that consuming saturated fat raises our bad cholesterol.

Can we eat cholesterol in foods but not saturated fat? If not, then this ruling doesn’t change anything.

Cholesterol is only found in animal foods (there is no cholesterol in kale, for example). Animal foods also tend to have a lot of saturated fat. 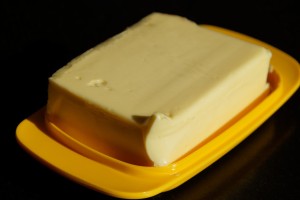 Saturated fat is solid at room temperature. Think butter, cheese, and animal flesh (as well as tropical oils like coconut and palm).

Quite simply these recommendations conflict with each other. Thus, the ruling on cholesterol changes nothing in how we should be eating (mostly plants).

Counterpoint: the ruling on cholesterol changes everything.

Ok I know I just showed you why it doesn’t change a thing, but the problem is how people act versus how these recommendations are worded.

The average consumer does not consider individual components of food in their analysis of what to eat everyday.

This is why this ruling is a big problem.

When it becomes official later this year, guess what the headlines will say:

“It’s Fine to Eat Eggs Again! Load Up The Bacon!”

Most people will likely only see the headline and wont read the story. Even if they did read the story, the relationship between cholesterol and saturated fat in food likely would not be included in the pages.

This is why we need to start talking about foods how people talk about foods — not by their individual components but by the whole. 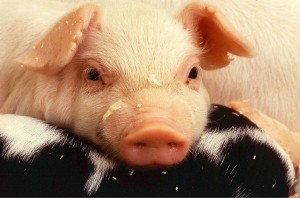 Better and simpler yet: “Eating animal products raises your risk of heart disease. The basis of your diet should be plants and you should limit the foods that come from animals as much as possible.”

Unfortunately, the agency handing out the recommendations is the same agency responsible for protecting the agricultural industry. The USDA has competing roles: protect consumer health, and protect agriculture industry.

It will be a long time before we see the official recommendation say anything negative about meat. But we know better.

Want more on this subject? Check out my YouTube Channel this Thursday for my latest video all about cholesterol and saturated fat!:  http://j.mp/plantifulyoutube

Can You Get Enough Protein on a Vegan Diet? Wellness Wednesday Tip: Standing Desk DIY