This Guy Tried An Extreme Vegan Diet For 31 Days — What He Learned Could Save Your Life.

What was it like to eat vegan for a month?
Think back to January. What do you remember of your food experience? That is probably about the same way I remember my January. I ate food for every meal. Delicious food. Familiar foods. Some downright junky foods at times, to be honest. Reflecting on my Vegan January, nothing stands out as unusual.
Don’t get me wrong – I have a lot to say about eating vegan. But the most notable thing about eating vegan is that it is not an exotic or extreme experience. It is not a marathon of physical and mental challenges, nor is it a blissful path to food enlightenment. I simply removed a few foods from my refrigerator, and I ate well without them.

Exotic or not, eating vegan gets you some attention.

I made a point not to announce my new diet unless prompted, yet people quickly noticed that I was passing on the donuts and the pizza, or that there was no meat OR cheese in my lunch. I never knew people were watching what I ate so closely. And once they knew why, they were looking for it even more, and made as much good-natured fun out of it as they could. 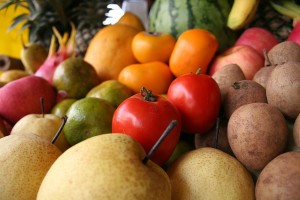 There were some challenges in the beginning. I had to change up my grocery shopping routine, find new snacks, and try some new recipes. I also felt more hungry than usual for the first week or two. My pregnant wife, Tabitha, had morning sickness that was not going to let her jump into a food experiment with me, so we had to balance our two dietary styles. Fortunately, these problems resolved themselves quickly. I found a wealth of new recipes, new favorite snacks, and stopped feeling hungry all within a couple weeks. Tabitha’s morning sickness is gone now as well (whew!).
Other things went surprisingly well. Our toddler couldn’t have cared less about the changes to our food. She loves cheese and has a frightening obsession with yogurt, but when those foods weren’t in the house, and we gave her tasty vegan foods, she never complained. And a surprising number of restaurants offer awesome vegan options. I never had to pretend I wasn’t hungry while my friends enjoyed free reign over the menu.

Like many people, I believed going vegan would just be too much.

It sounded extreme, almost like a cult. The choice seemed radical and counter-cultural, and I didn’t know if I wanted to be that person just to avoid some cheese. I wasn’t sure if I believed it would make a difference, or at least enough of a difference to outweigh the anxiety of a life without ice cream.
But you can learn a lot in 31 days. In just a few weeks I found out for myself what it is really like to eat vegan. I learned from experience instead of making assumptions and conceding defeat to the cultural norms and long-established habits I was living into before. This was not a sensational experience – I was neither tortured nor transported to a new vegan state of being. But I am empowered, and I am making better decisions today because of what I learned. 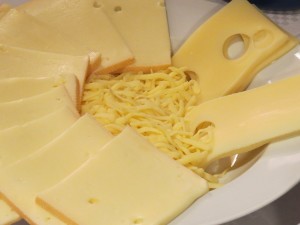 After being vegan for a month there is also nothing special about eating cheese or meat again. You think your mouth will explode with joy at that first bite, welcoming them back into your life. But no. It’s not as good as you thought. What a letdown.

It took focus and determination to make changes to my habits, but one day in mid-January, I realized that cheese and eggs were not even crossing my mind. I wasn’t feeling overly full after big meals. I even looked at a donut and thought “No, please don’t make me eat that.” Before my vegan month, I would have considered that reaction unimaginable!

What views of food do you consider unimaginable? Maybe they wouldn’t be if you challenge them.

The Vegan/Plant-Based diet is not as extreme as it seems. Give it a try for 31-days — you might find it actually works great for your body!

Pills v. Food How To Naturally Burn 2,000 Calories Without Exercise