The Vegan Diet Works. Here’s Why.

There is one reason that often gets overlooked as to why the vegan and plant-based diet is so effective for weight-loss and chronic disease prevention. It has to do with willpower.

No, vegans do not inherently have more willpower than anyone else. In fact, the dirty little secret is that most healthy people have just as poor willpower as anyone else (but more on that later).

Let’s take a look at a scenario to examine what I mean about willpower.

Imagine two people are at a party: a vegan and an omnivore. At this party, like most, is an abundance of unhealthy options. You have your bowl of potato chips, your potato salad with tons of mayo, your brats and burgers, your cookies and pies. You may also have a tray of cut veggies and bowl of fruit and maybe even a nice salad.

To an omnivore trying to eat healthy, this is a nightmare. There are so many unhealthy options around that no matter how much willpower you have, you will give in. I don’t care who you are — you are grabbing a full plate of this food and probably feeling like junk afterwards.

We only have so much of it. It can be exhausted. You might notice this phenomenon in your own life. Your breakfast and lunch are super healthy, but by the time dinner rolls around you’re too tired to make decisions and you pick up some fast food. 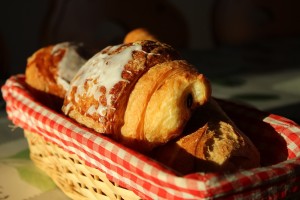 Or to think of it another way, why is it late night snacking that gets people into trouble? You never hear people talk about binging on junk food at 10 a.m.

Willpower is a finite resource. By the end of the day, most of us have used it all up. If we have junk food in the house we will find it. And we will eat it. Period.

Ok but back to the scenario.

For a vegan, the party is actually less troublesome. In fact, very little willpower is used up. When you have multiple reasons for not eating a food (health, environment, animal rights, etc), you don’t have to use any willpower to resist it.

The potato salad, burgers and brats, cookies and pies, are pretty much guaranteed to be made with animal products and thus are not even options. No willpower required.

The potato chips may or may not have animal products, however if health is an additional motivation (i.e. those following a whole-foods plant-based diet), they are also pretty much off limits (though I fully admit chips still get me into trouble from time to time). 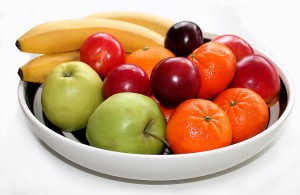 That leaves the veggie tray, fruit bowl, and salad. While that doesn’t sound like a ton of options or even like enough food — where one might think it is a bigger problem being vegan — there is actually comfort in the simplicity of the decision.

The vegan diet works in part because the reasons to not eat certain foods are multitudinous and extend well beyond the realm of willpower.

Add to the list of reasons to not eat unhealthy foods. Here are three great ones:

There are a million reasons to not eat animal products, and when you start to embrace them, healthier eating becomes your default, no willpower required.

The Cure For Climate Change | Earth Day | Cars v Cows How To Lose Weight Fast! (By Eating Tons Of Food!!!)